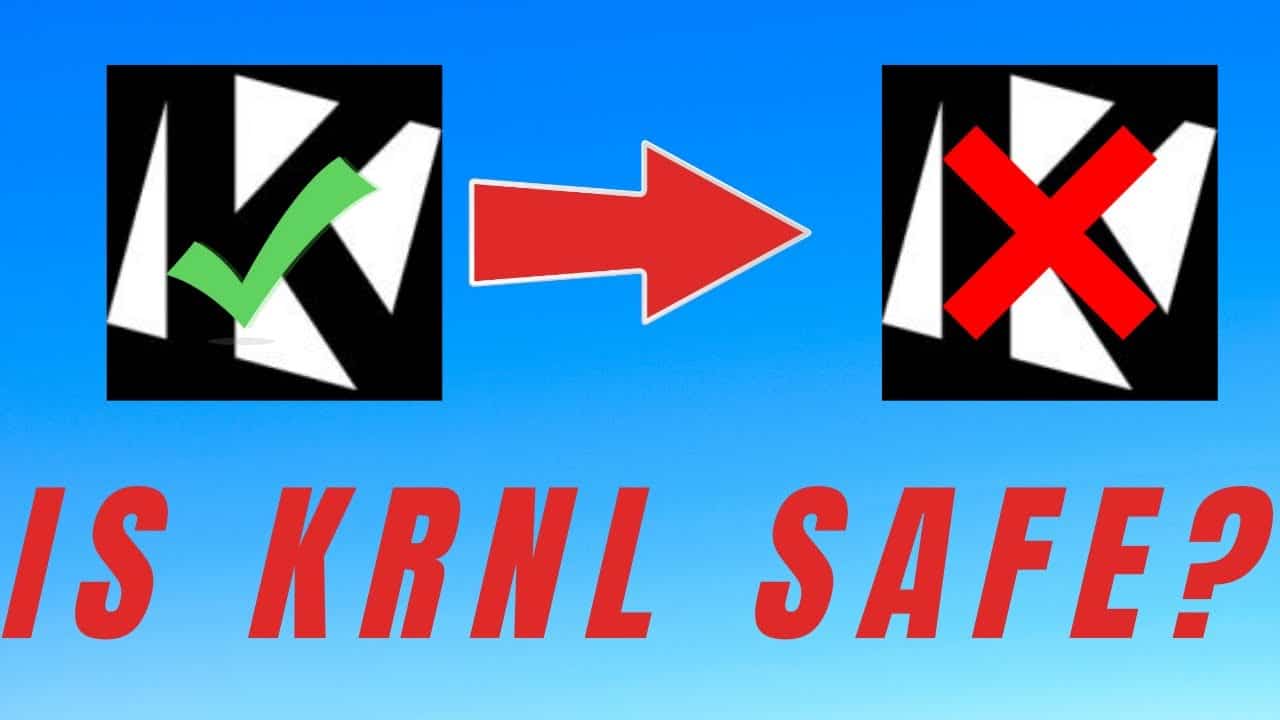 Roblox is a hugely popular online gaming platform with over 202 million active users as of 2023. With such a craze, players are always looking for exploits to help them move up the leaderboard. Out of many, KRNL Roblox exploit is the most popular tool among gamers that help them achieve gains that are impossible to get with a normal game. But, is KRNL safe to use? This is a question that has been on the minds of many ROBLOX players lately.

Considering how popular the KRNL exploit has become, it’s understandable that people are concerned about its safety. While this Roblox exploit can be used for fun and harmless tricks, it can also be used for more malicious and hacking purposes. Thus, in this article, we will take a close look at the KRNL Roblox exploit and what you need to know before using it.

KRNL is a Roblox exploit that allows users to execute arbitrary code on the server. It does this by injecting a DLL into the game process, which gives the user full control over the game. However, KRNL is also one of the most dangerous exploits. This is because it can be used to enable malicious activities such as hacking accounts, stealing personal information, and spreading viruses. As a result, it is important to exercise caution when using KRNL or any other Roblox exploit.

Some players choose to use a VPN when playing with KRNL in order to reduce the risk of being hacked. Others avoid using KRNL altogether, preferring to stick with safe and reliable methods of play. Ultimately, the decision of whether or not to use KRNL is up to each individual player and their expectations from the game. On that note, now let’s move on to the section and explore more about is KRNL safe or not.

Is KRNL a Virus or Malware? | Is KRNL Safe?

While it is not technically a virus or malware, it can potentially cause harm to your computer if you are not careful. KRNL is a hacked client that injects malicious code into the Roblox game client. You can use this code to do things like speed hack, spawn items, and fly around the map. While this might sound harmless, code injection is a serious security vulnerability that can be exploited by hackers to gain access to your computer.

KRNL is also known for being unstable and crashing often. This can lead to data loss and corrupt files on your hard drive. If you are not careful, KRNL can also cause your computer to become infected with viruses and other malware. If you are careful and only use trusted sources, then you should be fine. However, if you are unsure, it might be best to avoid using KRNL altogether.

Is KRNL Safe and If Not then How do I use KRNL Safely? 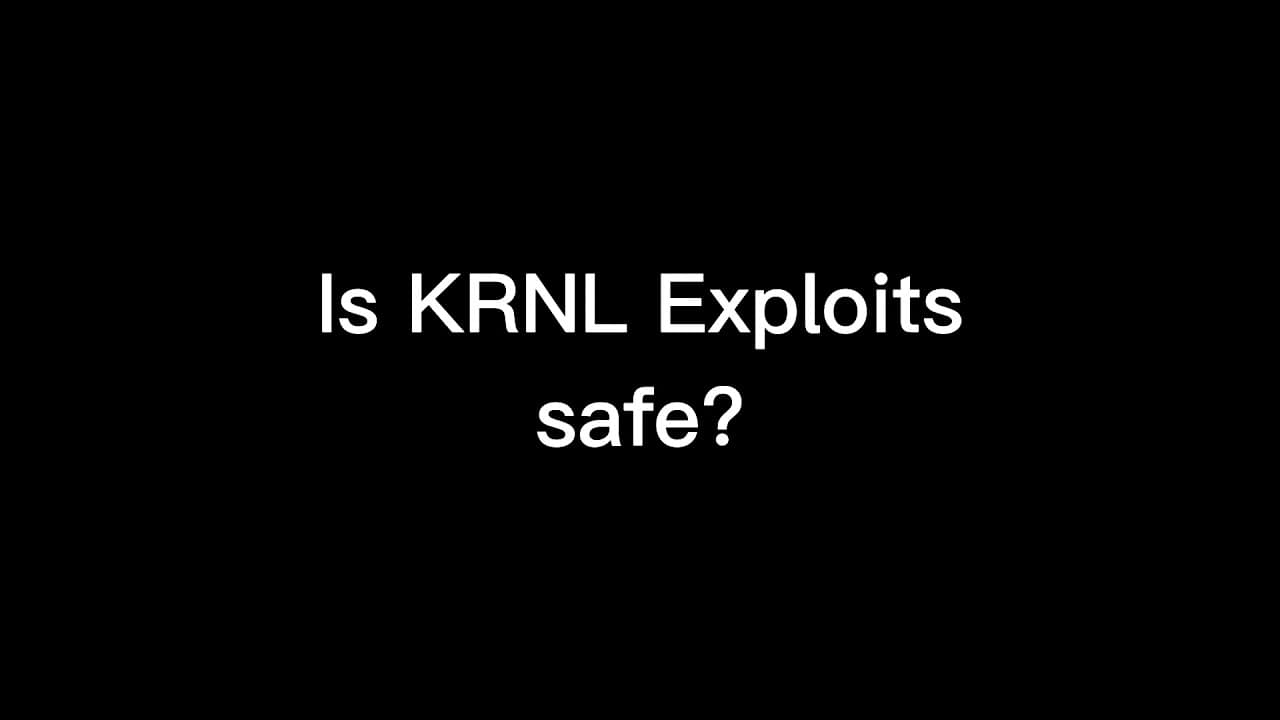 After you learn if is KRNL safe or not, let’s understand how you can use KRNL safely. While there are some risks associated with any type of hacking tool, there are some ways also that can help you use KRNL.codes safely and prevent any potential problems. Here are 7 tips for using KRNL safely:

1) Only download KRNL from trusted sources: There are many fake versions of KRNL floating around online, so it’s important to only download it from websites that you trust.

2) Avoid running KRNL on your main computer: It is best to run KRNL on a separate computer or virtual machine that you don’t use for anything else. This will minimize the chances of KRNL damaging your computer or infecting it with malware.

4) Don’t use KRNL to do anything illegal: KRNL can be used for some malicious purposes, such as stealing passwords or personal information, so,  it’s important to remember that these illegal activities can get you into a lot of trouble.

5) Use a VPN when using KRNL: This will help to protect your identity and keep your activities private.

6) Be careful what you download with KRNL: As with any hacking tool, there is a risk that you could accidentally download malware or viruses when using KRNL to hack into websites or computers. To avoid this, only download files from trusted sources and scan them with antivirus software before opening them.

7) Use KRNL at your own risk: As with any hacking tool, there are some risks associated with using KRNL. Use it at your own risk and be aware of the potential consequences of your actions.

What are the Risks of using KRNL?

While it may be tempting to use KRNL to gain an advantage in the game, there are several risks associated with doing so. 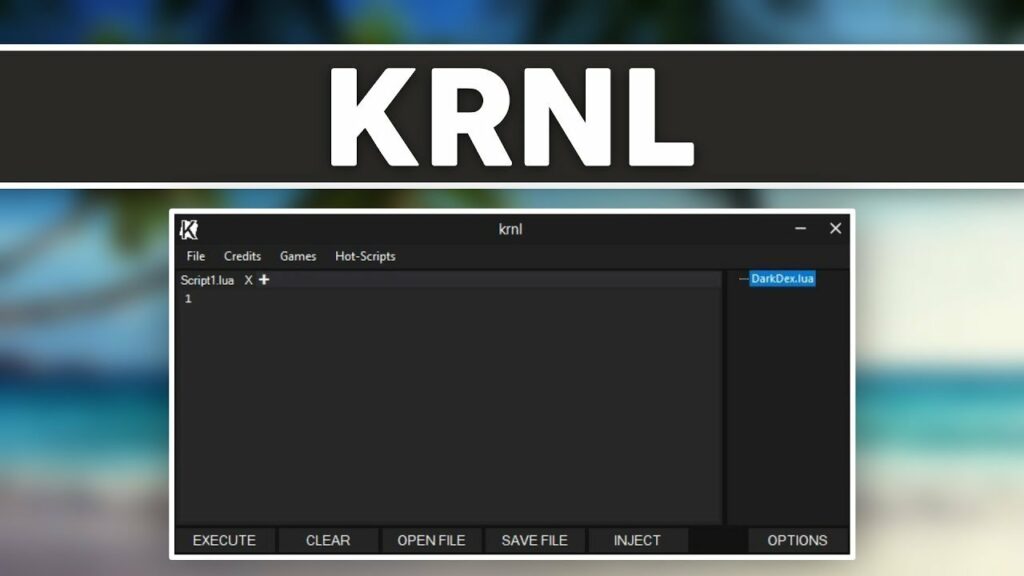 Installing the KRNL Roblox exploit is a fairly simple process, but there are a few things you need to do in order to make sure it’s installed correctly and safely.

Is There a Way to get Banned for using KRNL?

There is always a risk of getting banned when using any kind of third-party software, and KRNL is no exception. However, the developers of KRNL have taken steps to minimize the risk of ban, and the vast majority of users have never had any problems. So, as long as you use KRNL responsibly, the chances of getting banned are very low.

To sum up, while there is always some risk involved in using any third-party software, KRNL is a relatively safe and reliable way to get an edge in Roblox games.

Is KRNL safe or not? Well, it depends on how you use it. KRNL Roblox exploit is safe to use as long as you are aware of the risks and take precautions. Make sure you understand how the exploit works and what each function does before using it in order to avoid any negative consequences. Do not give your account information to anyone else, and be sure to change your password often.

KRNL is a popular Roblox exploit that allows players to execute arbitrary code and obtain sensitive information. Despite its popularity, there is no guarantee that KRNL is safe to use. In fact, the developers of KRNL have not released any information about the security of their products. As such, it is recommended that players exercise caution when using this exploit.

Q2. What are the risks of using KRNL?

There are several risks associated with using KRNL. First, KRNL could be used to gain access to sensitive information or data. Hackers can use KRNL to execute malicious code on a player’s computer. Also, using KRNL could jeopardize a player’s account security.

Q3. How can I protect myself from the risks of using KRNL?

There are several steps that players can take to protect themselves from the risks associated with using KRNL.

Q4. What should I do if I think I have been infected by KRNL?

The first thing you should do is change your password and enable two-factor authentication on your Roblox account. Also, you should then run a full scan of your computer using an antivirus program to remove any malicious code that may have been installed. And if you are a developer, you should check your games for any suspicious code or files that may have been injected by KRNL. If you find anything, delete it immediately and republish your game.